Man the Towers! Repel the Attackers!

On Thursday, Feb 13 in Vancouver, we held our Windows Phone Developer Group meeting in downtown Vancouver.  We were fortunate enough to have Tommy Lewis (@tommylee), a Microsoft Canada Evangelist demonstrate the Tower Defense Starter Kit provided to developers by Microsoft for free.

We started off the night by doing a quick peer review of one of our member's apps in the Windows Phone Store.  Top 10 was the subject of discussion and many great suggestions were made in the areas of design, monetization, increasing downloads and possible new features.  The suggestions made were great and will add real value to the app in the future.  We will be looking for our next App to review shortly, so have one ready.

We then got to the tower starter kit.  The kit was developed by McFunkyPants with help from friends.  McFunkyPants is a developer and independent evangelist in his own right for game development.  He founded something called "One Game a Month" to help devs get a game to completion instead of starting something but not getting over that hump of making it a reality.  It seems, it has become wildly successful with thousands of developers signing up to participate.  One of the great things about the kit is that it's a three for one deal.  Download the kit, get a foundation that works on Windows Phone, Windows 8 and a Web Site.  Very cool. 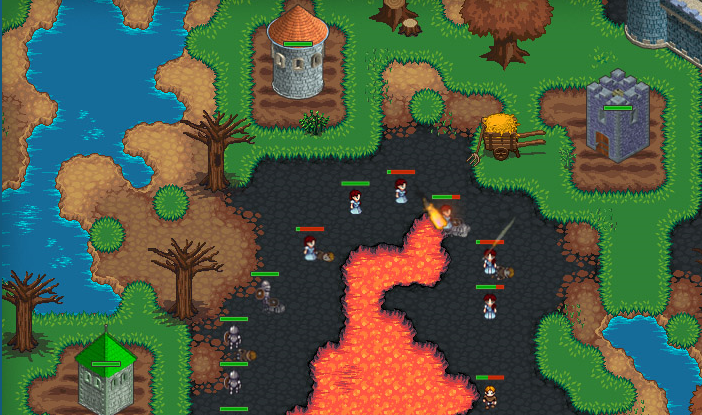 Tommy's focus on this night was Windows Phone but showed off some of the Windows 8 bits too (strangely enough, they are almost exactly identical.  Tommy showed the game mechanics and walked through how McFunkyPants hung it all together to make it easy for any developer to enhance and grow the foundation into some really very difficult games to play.  He talked about how care was spent on making sure performance was there as well as the fun.  Comments are everywhere that help greatly in sorting out what you want to do.

If you enjoy learning by watching, go to the link above and view the tutorial videos included with the starter kit.  There are tutorial videos showing the developer how to do everything from change out the characters to adding new levels or adding complexity to the game like having the bad guys carry flame throwers instead of puny little pitchforks.  Even if you never use the Starter Kit, using the tutorials to learn how he build for performance and easy of development is incredibly worthwhile.

If you want to create your own levels, watch the art asset pipeline tutorial and then download the "Tiled" program.  This lets you do all the magic you see in the kit and do it like a first rate graphic designer!

I hope people walked away from the meeting (full from pizza) knowing that they could sit down and now build their dream Tower Defense game with little difficulty.  The first month or more of work has already been done for them!

We had a great night.  Everybody took home some fun stuff thanks to one of our sponsors at Telerik (especially the 2 full copies of DevCraft) which created quite a commotion!